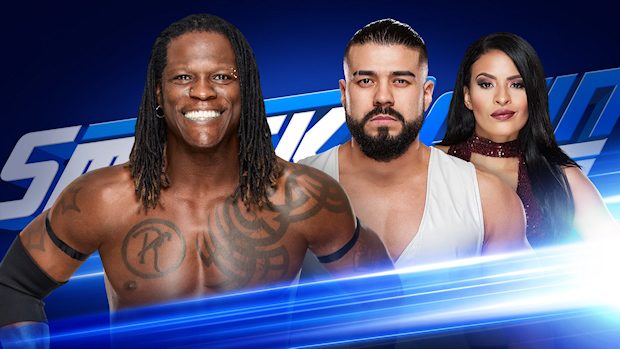 – It looks like Andrade “Cien” Almas and Zelina Vega will be feuding with R-Truth and Carmella.

This past Tuesday on SmackDown LIVE, R-Truth turned his latest run of scene-stealing performances into a victory over The Miz in the main event. On Saturday, Truth tweeted a video talking about his victory and teaming with Carmella in WWE Mixed Match Challenge. Truth said he’s on a winning streak and plans to “ride it till the wheels fall off.”

Vega took notice of Truth’s video and said in a video of her own that Almas will put an end to his “winning streak.” She also referenced Carmella.

“Just because you have a fellow New Yorker on your side, doesn’t mean you have the New Yorker,” Vega said. “The only one to get it done.”

“All it takes is one bad day to reduce the sanest man alive to lunacy.”

Guess @RonKillings has had A LOT of bad days. #Delusional #Lunatic @WWE pic.twitter.com/ghe3MJ99RI

– At WWE Hell in a Cell 2010, The Undertaker locked horns with his brother Kane inside the chaotic confines of Hell in a Cell, only for Paul Bearer to commit a shocking betrayal. Here is the match in its entirety.