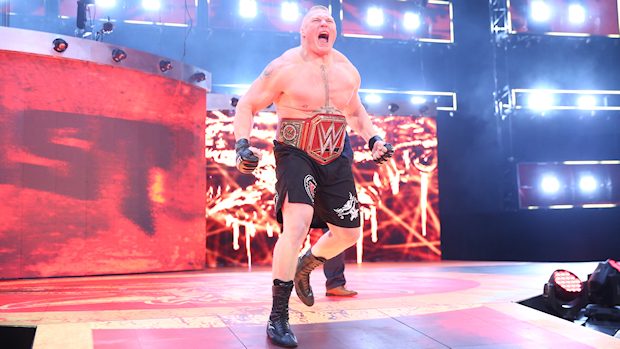 – It’s highly possible that Brock Lesnar will be leaving WWE later this year when his contract expires.

The Universal Champion’s current WWE deal expires in April, with his final dates in the company being WrestleMania 34 and Raw the night after, according to Dave Meltzer of the Wrestling Observer Newsletter. However, WWE also has clauses that could extend his contract to the first week of August if a new deal is not reached.

Lesnar has told WWE officials that he plans to return to the UFC after his contract with WWE expires. As things stand now, Lesnar will be losing the Universal Championship to Roman Reigns at WrestleMania 34, sitting on the sidelines for a few months due to WWE’s no-compete clause, and fighting for the UFC (he would like to fight as early as this summer). Although this may indeed be Lesnar’s intention, this is at the very least an obvious negotiation ploy to get both WWE and UFC bidding for his services.

While WWE does want to re-sign Lesnar to a new contract, they’re no longer willing to guarantee the $5 million per year downside that he’s become accustomed to and he isn’t willing to accept any kind of pay cut. He’s made it clear that for him to even consider staying, it would have to be at his current rate of $5 million per year.

WWE officials feel that Lesnar has run out of opponents and just isn’t worth the money anymore. They’re also very skeptical that he can do more than one more fight in the UFC. If Lesnar decides to leave for the UFC, WWE believes they can sign him at a reduced rate after a few months.

– Here are some new photos of Absolution’s Mandy Rose.

– The latest edition of WWE Top 10 counts down 10 of the craziest leaps to take place during an Elimination Chamber Match.