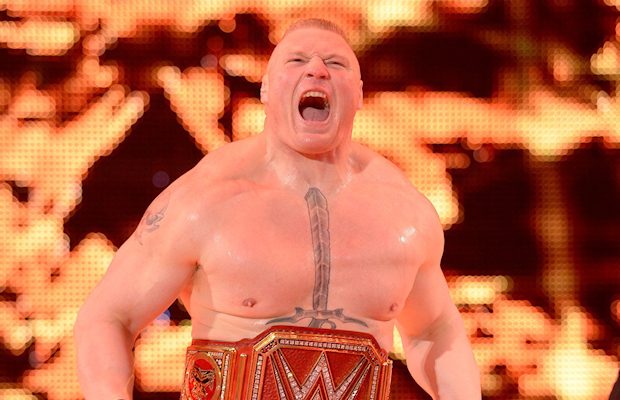 According to WWE, Brock Lesnar has officially notched the longest World Championship reign of “the modern era.”

Congratulations to @BrockLesnar for day #435 as the reigning defending undisuputed @WWE #UniversalHeavyweightChampion. This is yet another historic accomplishment for my client, the longest consecutive-day tenure as a globally-recognized champion in the modern era! pic.twitter.com/bVAhhBtdKT

For the record, this is just the beginning of a long list of history-making achievements my client @BrockLesnar is perepared to rack up during the next 12 months. And that's not a prediction … THAT'S A SPOILER! pic.twitter.com/zebxabvbeG

While WWE says Lesnar has earned the longest championship reign of “the modern era,” the company has never made clear how far “the modern era” dates back. Nonetheless, Lesnar is now WWE’s longest-reigning World Champion since Hulk Hogan held the WWF World Heavyweight Championship for more 1,474 days between January 1984 and February 1988.