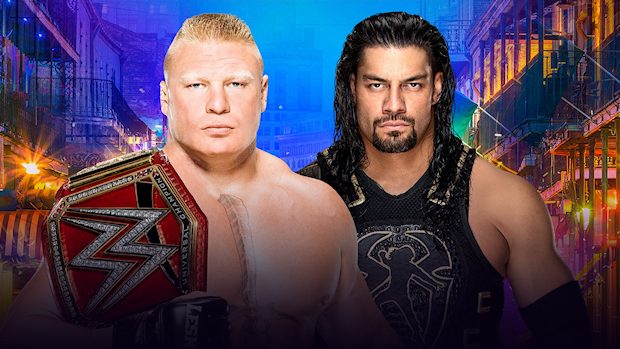 Plans are in place for Brock Lesnar to defend the Universal Championship against Roman Reigns once again, this time at SummerSlam.

According to Dave Meltzer in the latest issue of the Wrestling Observer Newsletter, Lesnar vs. Reigns is in the works for the pay-per-view event on Sunday, August 19 at the Barclays Center in Brooklyn, New York. Meltzer, however, says the match isn’t set in stone, and it’s still possible that Vince McMahon changes his mind.

Lesnar beat Reigns in the main event of WrestleMania 34 on April 8, and they had a rematch at the Greatest Royal Rumble held in Saudi Arabia less than three weeks later.

“The Beast Incarnate” was ruled the winner of that Steel Cage Match, however, and WWE moved forward with a storyline that Reigns was screwed out of the win since his feet hit the floor before Lesnar’s.

Reigns has continued to play up that fact on WWE programming, and color commentator Corey Graves made mention of it during this week’s episode of Raw.

Additionally, Justin Barrasso of Sports Illustrated reported Wednesday that Lesnar is expected to lose the Universal Championship by SummerSlam at the latest.

Lesnar has long been linked to a potential return to UFC, but he must re-enter the USADA testing pool in order to do so since he failed a drug test following his fight with Mark Hunt at UFC 200 in 2016.

If Lesnar does return to UFC, Meltzer pointed toward the promotion’s New Year’s weekend event as a potential target.

He noted, however, Lesnar must re-enter the testing pool by June 30 to make that a reality. If he doesn’t, he will “almost certainly” remain with WWE.