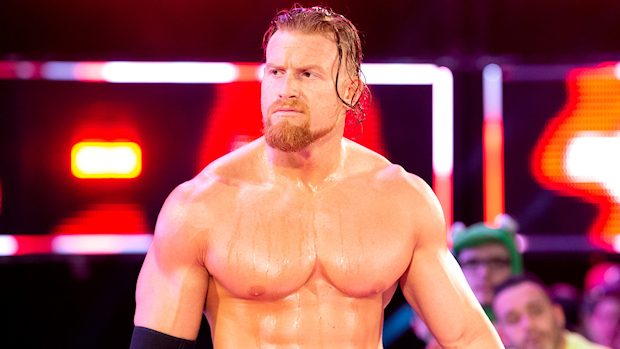 — Buddy Murphy has yet to make his in-ring debut for SmackDown LIVE after joining Team Blue last month in the Superstar Shake-up but it looks like it’s coming soon.

Tonight’s episode of SmackDown LIVE took place at the KFC Yum! Center in Louisville, Kentucky, and Murphy emerged during a commercial break to call out Ali.

Right before Ali’s match with Andrade, Murphy emerged to mock Ali about his chances at WWE Money in the Bank.

“Ladies and gentlemen, my name is Buddy Murphy and you may not know who I am, but you will,” Murphy said.

“See, for the past year I’ve destroyed the entire cruiserweight division, including Ali. That’s why I know Ali is not going to win the Money In the Bank Ladder Match. But I want you to enjoy this moment as long as you can because “The Best Kept Secret” is coming. Then everyone will know my name.”

WWE has uploaded footage of Murphy calling out Ali.

It’s his show, and we’re all living in it.

Started my day in the best way possible, at home with my wife and kids.

I’m usually always on the road on my birthday but this year, I was right where I wanted to be for a few hours.

I love you guys so much!
I’ll see you in 2 weeks…and I’ll have a new title for you!
❤️❤️❤️ pic.twitter.com/wcjPJujZJs