Carmella Responds To Those Who Say She Can’t Wrestle, New Feud For Becky Lynch?, Mojo Rawley 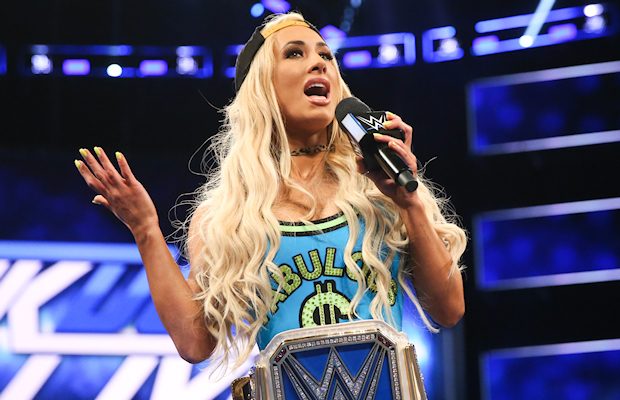 – At WWE Backlash, “The Queen” will be looking to take back her throne when she goes one-on-one with SmackDown Women’s Champion Carmella. This will be Carmella’s first singles match on pay-per-view since December 2016 (at TLC: Tables, Ladders & Chairs, losing to Nikki Bella in a No Disqualification Match) and she’s looking forward to proving her critics wrong.

“Carmella can’t wrestle!” – every single twitter troll. 🤣🤣 I haven’t had a singles match on a PPV since Dec 2016. I’ve been putting in work since then. Can’t wait to prove y’all wrong at #WWEBacklash. Just don’t jump on the bandwagon bc I DONT need your support. 💋💋💋💋💋

– It looks like Becky Lynch will be feuding with SmackDown LIVE newcomers Mandy Rose and Sonya Deville.

This week on SmackDown LIVE, Lynch and Asuka lost to Billie Kay and Peyton Royce in a tag team match. In this video, Rose and Deville are seen poking fun at “The Irish Lass Kicker” after her defeat in tag team competition. After listening to their insults, Lynch threatens to slap them around.

– As seen below, Mojo Rawley invites fitness innovators from Jeddah, Saudi Arabia to keep up and train with him at Arena Fitness Innovation.