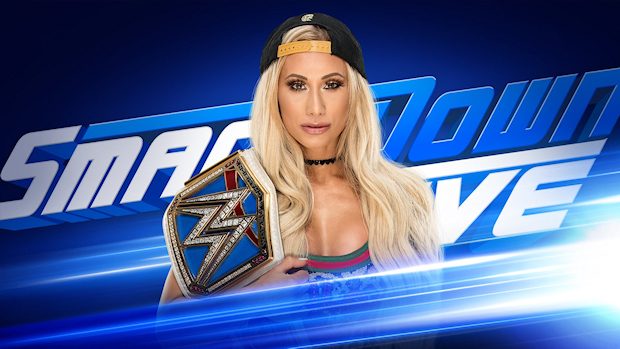 – In this video Carmella sent out today on Twitter, the SmackDown Women’s Champion promises to expose her challenger at WWE Money in the Bank, Asuka, tomorrow night on SmackDown LIVE.

Who is the woman behind the mask?? An empress??? HAAAAA! #SDLive pic.twitter.com/lN7m1ugul8

On Carmella’s promise, WWE.com states: “What kind of dirt does The Princess of Staten Island have on her opponent? Could Carmella turn the tides of this rivalry before their huge title match in Chicago? Find out tomorrow night on SmackDown LIVE at 8/7 C on USA Network!”

– Ahead of their match tonight on Raw, Kevin Owens says he will bring out the best in Finn Balor.

– It was 16 years ago on Sunday when Kevin Nash made one of the most shocking announcements in WWE history on Raw when he introduced Shawn Michaels as the newest member of the nWo. WWE posted a clip from this moment, which marked HBK’s first appearance on Raw since 2000.