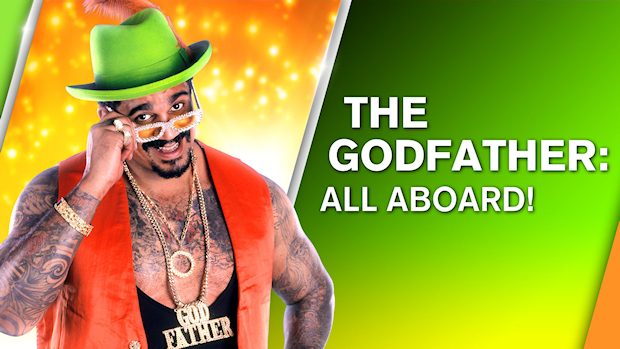 – An all-new episode of WWE Photo Shoot with The Godfather will be made available on demand on the WWE Network following Raw tonight.

According to WWENetworkNews.com, the episode was listed on the live stream schedule for a brief time on Friday. The listing was pulled and the WWE Network has a rerun of Table For 3 with Shane McMahon, Kurt Angle, and AJ Styles airing instead.

This change was likely done since a WWE Photo Shoot episode looking back at the career of The Godfather would not be family-friendly. Quite like Camp WWE and Jerry Springer Presents WWE Too Hot for TV, it will only be available for viewing via on demand.

In this preview from the episode, The Godfather compares his crowd reactions to The Rock and says that on most nights, he would get a louder pop than him.

– The following matches were taped tonight in Houston, Texas for this week’s episode of WWE Main Event on Hulu Plus:

Jose appeared on last week’s show as he lost to Mojo Rawley.

– In this Total Bellas bonus clip, Brie Bella chats with her pregnant sister-in-law Lauren about certain difficulties that challenge many mothers.