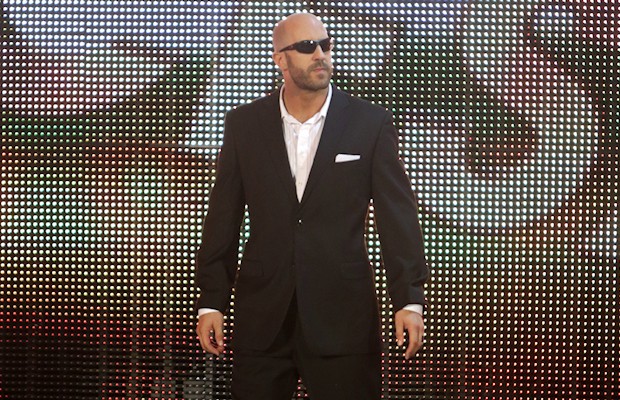 – Booker T says his Reality of Wrestling promotion will be making an announcement with online art community Crixeo on Monday. He tweeted the following:

#BreakingNews: ROW and Crixeo will be making a major announcement tomorrow on https://t.co/basPYjrYEG! Tomorrow at 6PM. #GameChanger

– Former WWE Champion Batista posted a video to Twitter that he said was an attempt at being humorous but many fans didn’t think it was funny:

sup up with all these snooty people walking around noses up in the air rolling their eyes at everyone? #fakeasses pic.twitter.com/JfQSxOxcdN

It was an attempt at being humorous.I had a feeling some people would take it the wrong way.Congrats!Youre the first https://t.co/qITeDMoUPM

Yes!! Someone else with a sense of humor!! https://t.co/uS1a6HsmET

Peace!! Thanks to everyone for the funny replies! I'd never be that guy but good lord sometimes it hard not to be! https://t.co/ePcuN5JcR8