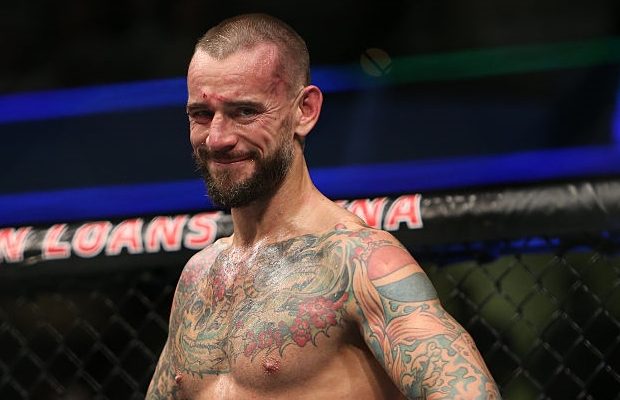 CM Punk made a name for himself in professional wrestling by speaking his mind and that doesn’t seem to have changed now that he’s in the UFC.

Ahead of his fight with Mike Jackson at UFC 225 on Saturday, Punk has been fulfilling his media obligations and answering questions on all manner of subjects from a possible return to wrestling to the advice he gave Ronda Rousey before she made the transition to the WWE. But one question posed to Punk, in particular, had a broader cultural relevance: Would Punk go to the White House if he was offered by Donald Trump?

Speaking with FanSided MMA, Punk said he would not attend the White House and likened the president to former Ku Klux Klan Grand Wizard, David Duke.

“Number one, I would not be invited,” Punk said. “Number two, no I would not go. If David Duke invites me over for tacos, I’m not going to David Duke’s house. Come on.”

The subject of White House visitation has been in the news recently as the Philadelphia Eagles refused to attend the customary trip presidential visitation following their Super Bowl victory. LeBron James has also suggested a similar reaction will be forthcoming from this year’s NBA championship winning team. And while Punk won’t be receiving an invite if he does pick up his first professional victory this weekend, he says he wouldn’t go for one very simple reason: he believes the president is a racist and he doesn’t want to associate with him.

“I call it like I see it – a racist is a racist,” Punk said. “I don’t care if you’re in the White House or you live down the street from me, I’m not hanging out with you.”