Home / Wrestling News / Here and There / Dana White Says CM Punk Should “Call It A Wrap” On UFC Career, Punk Tweets After Loss 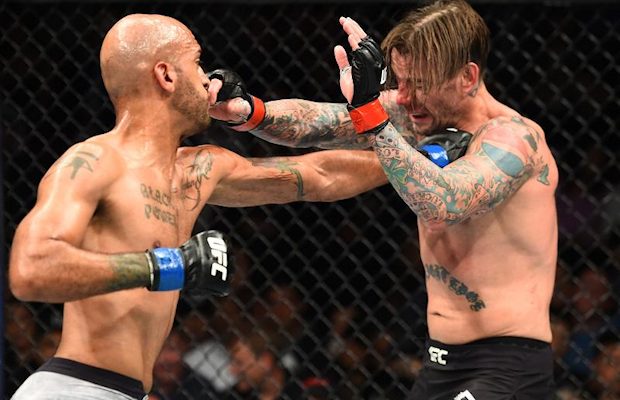 Though UFC President Dana White took a similar approach after his first loss, it appears that CM Punk won’t be getting another shot in the UFC after suffering a second loss on Saturday night.

“It should be a wrap,” White said when asked about Punk fighting in the company again at the post-UFC 225 press conference. “The guy is 39 years old. I love the guy — he’s the nicest guy in the world. We gave him two shots, and he had a lot of heart tonight in this fight. And, yeah, I think he should call it a wrap.”

Punk didn’t speak to the media on Saturday night due to being transported to the hospital for a facial CT scan after losing a one-sided unanimous decision to Mike Jackson. He later sent out this tweet in the middle of the night.

While White credited Punk for the heart he showed, he wasn’t a fan of Punk’s opponent. White said Jackson was acting like a “goofball,” never looked like he was trying to finish the fight, and got the sense Jackson was a “complete fucking idiot.” White said Jackson’s UFC career is over and that he wouldn’t even put him on his Tuesday Night Contender Series, a weekly web series.