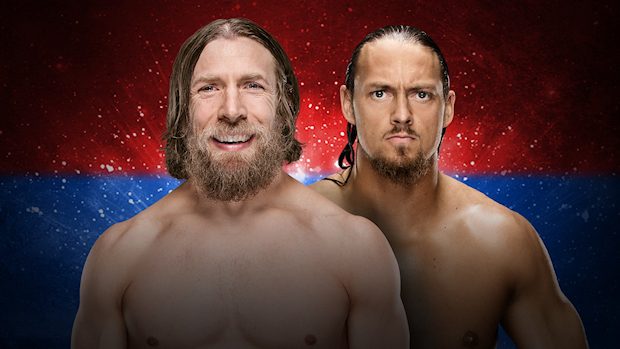 – Daniel Bryan will look to cut Big Cass down to size when the two SmackDown LIVE Superstars collide tonight at WWE Backlash. Ahead of tonight’s match, Bryan and Cass traded shots on Twitter.

Cass wrote on Saturday that he finally gets an opportunity to give a “5 star beatdown” to Bryan at Backlash.

Tomorrow night, I finally get the opportunity I deserve more than anyone. Daniel Bryan gets a 5 STAR beatdown courtesy of the #fiveSTARsuperSTAR himself, the #tallEDUCATEDgoodLOOKING BigCASS #WWEBacklash #BigBambino

In response, Bryan tweeted the following this afternoon.

Seven feet tall, can’t teach that. Wrestling, however, can be taught… but some people are too lazy or entitled to put in the work. We’ll see which is better tonight #SizevsSkill #HeightvsHeart #WWEBacklash

– According to PWInsider, Kane, Edge, and Christian are all backstage at the Prudential Center in Newark, New Jersey for tonight’s Backlash pay-per-view.

With the second season of The Edge and Christian Show having been officially announced by the WWE Network last month, they’re likely in town to work on that project.

Kane was also backstage at Raw last Monday, a day before he won the Republican primary race in Tennessee, becoming the GOP nominee for the next mayor of Knox County.

Despite not having a match scheduled tonight, Sasha Banks’ Instagram account shows that she’s backstage at the Prudential Center as well.