Nikki Bella Feels Like She's Going To Date Another Wrestler Or Someone Famous Soon - PWPIX.net 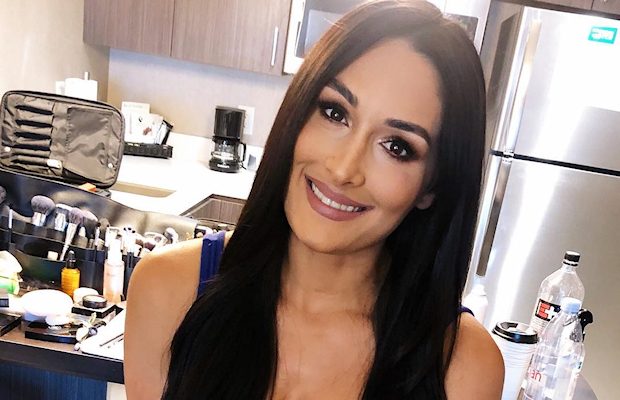 For Nikki Bella, finding love isn’t as easy as downloading a dating app. Following her breakup with John Cena, the WWE Superstar is single and eager to mingle, and we now know the kind of man she thinks she’ll wind up with.

While it’s possible that she might find love outside of the entertainment world, Nikki “feels like she’s going to either end up with another wrestler or someone famous,” a source close to her told HollywoodLife.com.

The source says it’s because “she finds herself in situations where she is around celebs or wrestlers all the time.”

Wrestlers hooking up with other wrestlers is quite common since their busy tour schedule puts them in close quarters with each other for most of the year. So, for Nikki, finding love outside of the ring – our outside of Hollywood — seems unlikely.

“She really can’t do the dating apps or do other normal relationship finding methods,” the insider tells HollywoodLife.com, “so Nikki knows that the next person she dates will be from the environments she keeps herself in most of the time. She also feels that if it was a wrestler or a celeb they would get each other much easier with the schedules they have to keep.”

The insider also says that Nikki “would like her future to come fast. She misses being in love.”

In a preview of the upcoming season of Total Bellas, Nikki is shown on a date with The Bachelorette alum Peter Kraus. After telling Peter that she hasn’t kissed another guy in nine years, he goes in for a smooch. The preview ends right before the two lock lips.

Nikki Bella showing off her booty tattoo in see-through underwear.