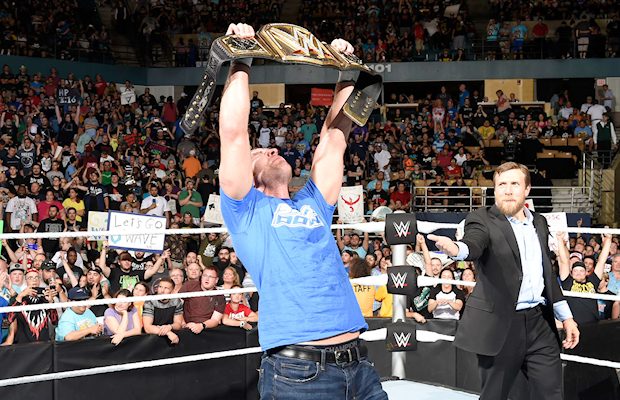 – In the video below, WWE Champion Dean Ambrose reacts to retaining at WWE Battleground to Andrea D’Marco. Ambrose says the match was the toughest of his career and the biggest. He says he, Seth Rollins and Roman Reigns are WWE and have been for a long time. He says this war has been three years the making and they all knew it would come down to this. Regarding who is the man in The Shield, Ambrose says not to leave it in the judge’s hands after last night.

– As noted, Nikki Bella apparently got good news at the doctors last week as she was headed to the WWE Performance Center, perhaps to get in the ring. She tweeted this teaser during Battleground tonight:

Big appearance from an @WWENXT alum! Tonight @MojoRawleyWWE made a statement. #WWEBattleground