Dean Ambrose Wrestles As A Babyface At WWE Live Event In Saskatoon, Saskatchewan 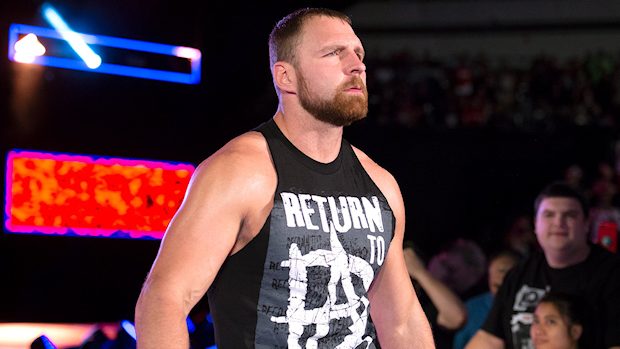 WWE announced earlier this week that Dean Ambrose decided not to renew his contract and will be leaving the company when his current deal expires in April.

“We are grateful and appreciative of all that Dean has given to WWE and our fans. We wish him well and hope that one day Dean will return to WWE,” the company said in tement on Tuesday.

Until his contract expires, Ambrose will continue to work live events. He wrestled at tonight’s show in Saskatoon, Saskatchewan, Canada and as a babyface no less.

This is according to some fans who attended the show as Ambrose challenged Bobby Lashley for the Intercontinental Championship in a Fatal 4-Way Match that included Drew McIntyre and Finn Balor. Lashley pinned Ambrose to secure the win.

Here are a few shots of Ambrose from tonight.