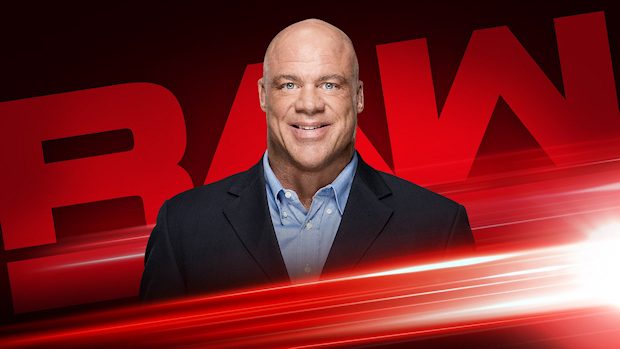 — WWE has announced that Kurt Angle will address his future with WWE this Monday night on Raw:

“Following Kurt Angle’s crushing loss last week to Baron Corbin — the very man who cost The Olympic Hero his Raw General Manager role — the WWE Hall of Famer will address his future in WWE on Raw.

“It is unclear at this time just what Angle will be announcing, but you won’t want to miss whatever the four-time WWE Champion has to say.”

Regarding the announcement, Angle posted the following on Instagram:

“From my amazing WWE HOF to my work as GM of Raw, to the way things have gone down the past couple of months, I will address my future in WWE this week on Monday Night Raw.”

— WWE was in Phoenix, Arizona this past week for NXT TakeOver: Phoenix, the Royal Rumble, Raw, and SmackDown LIVE and former ring announcer Lilian Garcia was backstage at all four shows conducting interviews with the WWE Superstars for upcoming episodes of Chasing Glory.

Both Rusev and Lana will join Garcia next Monday for part one of a interview.