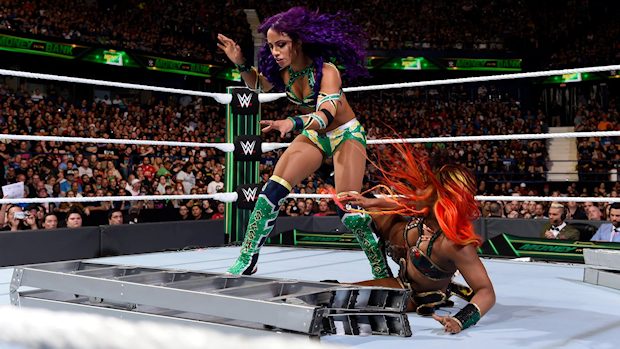 Sasha made the comments during an interview with Brian Campbell of CBS Sports on the In This Corner podcast and said, “It was such a dream come true to be in a ladder match.”

“It’s so crazy growing up watching Shawn Michaels and Razor Ramon, and now I’m here doing it. Exactly what they were doing,” she continued. “I thought the women killed it and I thought we did better than the guys. I can’t wait for next year. Hopefully, I get the briefcase next year.”

During the interview, Campbell asked Banks whether she’s been underused and underrated over the last year.

When Campbell asked if the lack of push can cause frustration, Banks was quick to take the high road.

“I’m honestly living my dream every single day, so there’s not a lot that I can be mad at,” she said.