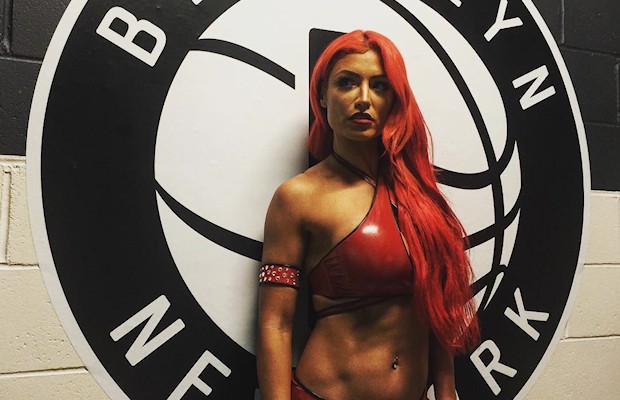 – Former WWE Diva Kelly Kelly was recently married to NHL Superstar Sheldon Souray. Their wedding aired on last night’s episode of “WAGS” on the E! Entertainment Network. Below is a clip from the ceremony:

– Former WWE Champion Dave Bautista had some trouble with British Airways, and vented on Twitter – with former World Champion the Great Khali getting caught in the crossfires:

Things I'd rather do than fly with @AmericanAir or @British_Airways again:Another match w/ Great Khali, vote for Trump, eat balut, go blind

– WWE appears to be continuing the Eva Marie hamstring injury storyline. Eva appeared before the Carmella & Becky Lynch vs. Natalya and Alexa Bliss matches but did not wrestle due to the injury storyline. She did cut a promo after having her voice-over introduction play. The angle done this weekend saw Natalya filling in for her.