Evolution To Reunite At SmackDown 1000 - PWPIX.net

Evolution To Reunite At SmackDown 1000 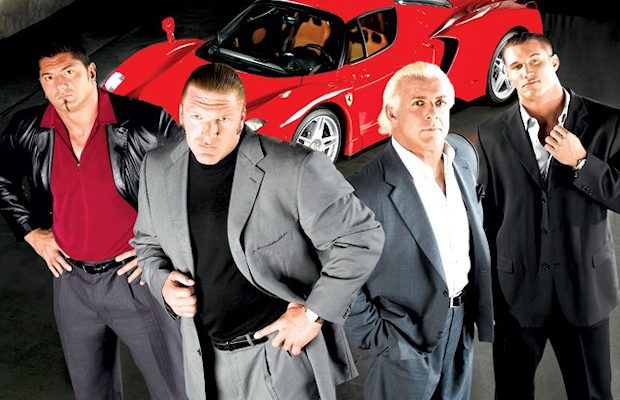 WWE ramped up the promotional push for SmackDown 1000 today by announcing that Evolution will reunite for the historic event.

Though they were on Raw during their time as a stable, Triple H, Batista, Randy Orton, and Ric Flair will reunite on SmackDown’s 1,000th episode. The show takes place on Tuesday, October 16 at Capital One Arena in Washington, D.C.

Two weeks ago, Batista responded to a fan on Twitter who wanted to see him at SmackDown 1000. Batista said that he wasn’t invited to the event.

Triple H, Batista, Orton, and Flair last appeared together in 2014 for a feud with The Shield.