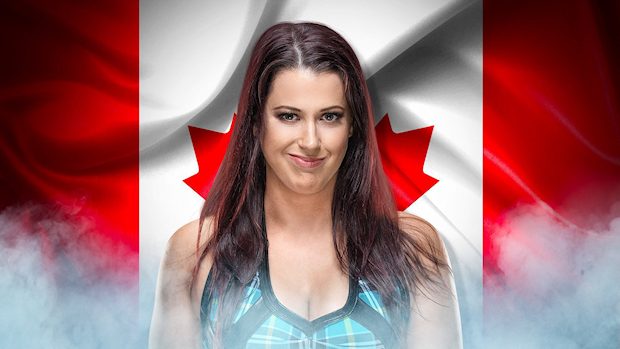 It took Nicole Matthews a long time to be a featured competitor in a WWE ring, and it could be a long time before she receives that opportunity again.

The 31-year-old Canadian ring veteran has been banned from entering the United States for five years, according to Dave Meltzer in the Wrestling Observer Newsletter published on Thursday.

“Nicole Matthews, who just worked the Mae Young Classic, had issues coming across the border recently and is now like Mike Bailey, where she is banned from coming to the U.S. for five years,” Meltzer wrote.

Although Meltzer did not elaborate on what led to Matthews getting banned from entering the United States, the rumor going around is she recently ran into problems trying to cross the border from her hometown of Vancouver, British Columbia.

While attempting to enter the United States to travel to an independent show in Washington, Matthews got stopped at the border and did not have a work visa.

Timing, eh?
I’ll be fine, everyone. That’s all I’m going to say about the elephant in the room.

Matthews received her WWE opportunity against Scotland’s Isla Dawn in the First Round of the 2018 Mae Young Classic, which aired Wednesday night on the WWE Network. In this pre-match interview, Matthews appeared confident that her years of experience would give her the edge against Dawn.

Matthews came through as she scored the win to advance to the Second Round after forcing Dawn to submit to a modified Boston crab.