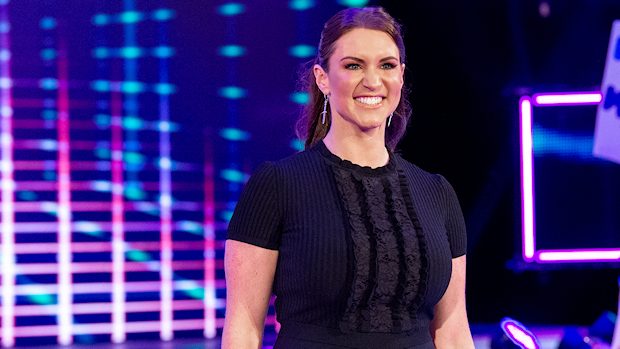 WWE is teaming up with streaming service Quibi for a new series called “Fight Like a Girl.”

In each episode, WWE Chief Brand Officer Stephanie McMahon will pair a WWE Superstar with a young woman who is struggling with a personal issue. The WWE Superstars will draw from their own life experiences to help their trainees overcome obstacles and become tougher, stronger and healthier versions of their former selves inside and out.

Shot at the WWE Performance Center, each episode “features a stunning transformation and heart-pounding reveal as the women change their lives forever.”

“Fight Like a Girl” is being produced by WWE Studios and independent studio Critical Content. The executive producers are Stephanie McMahon, Susan Levison, Ben Zierten and Richard Lowell from WWE Studios, and Tom Forman, Jenny Daly and Jon Beyer from Critical Content.

Quibi is a mobile-first media technology platform headquartered in Los Angeles, California. Critical Content is the studio behind “Catfish” and “Very Cavallari.” WWE Studios does “Total Divas” and “Total Bellas” on E! and “Miz & Mrs.” for USA Network.

There’s no word yet on when the show will premiere.

Reacting to the news, Stephanie tweeted the following:

So proud to be part of the new series on Quibi, #FightLikeAGirl. Behind every woman is a story of hard work, failure & triumph. @WWE female Superstars draw from their experiences to help trainees overcome obstacles to become all around stronger & healthier versions of themselves! https://t.co/cqx0jaD276