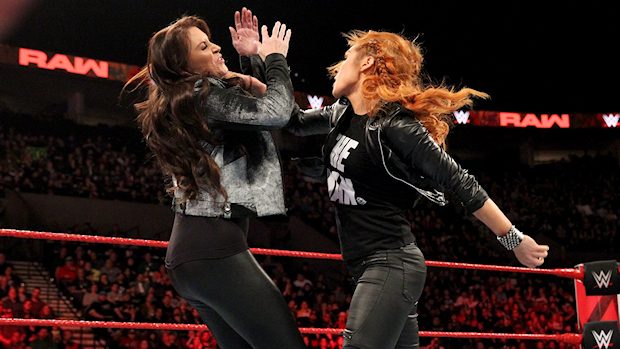 Stephanie sent out a tweet on the cover, leading Lynch to reply, “Thanks Steph, we should fight sometime.”

Thanks Steph, we should fight sometime. https://t.co/oy5jBqITdx

The road to that potential match may have started on the February 4 episode of Raw when Stephanie suspended Lynch for refusing to see a doctor. This led to Lynch attacking Stephanie.

Back in February, Wrestling Observer Newsletter editor Dave Meltzer reported that a Lynch vs. Stephanie match was being discussed for SummerSlam on August 11. The WWE creative team held off on pushing the feud any further because they wanted to get past WrestleMania 35, where Lynch won both the Raw Women’s Championship and the SmackDown Women’s Championship. We don’t know if the idea is still being considered for SummerSlam or perhaps a later date.

In an interview with Digital Spy in 2017, Lynch said that she would love to step in the ring with Stephanie.

“That would be amazing,” Lynch said of potentially wrestling Stephanie.

Lynch added, “I would love to step in the ring with Stephanie McMahon — she’s an incredible woman and amazing at what she does in how she can get the attention of the audience.