Is Lars Sullivan The New Snitsky? 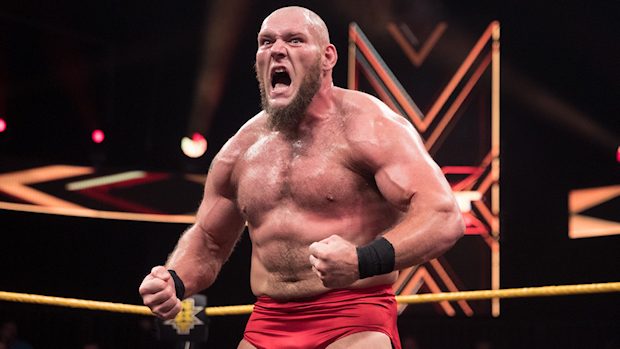 WWE’s latest vignette on Lars Sullivan aired last night on Raw and “The Freak” had something to say.

“What happens this Sunday at TLC will be a minor tremor compared to the catastrophic earthquake that will occur when I come to WWE,” Sullivan said

WWE is now describing Sullivan as “grotesque.” The caption for the video reads: “The grotesque Freak is coming soon.”

Sullivan will probably remind fans of Snitsky, who in 2007 and 2008, portrayed a grotesque psychopath that terrorized wrestlers and even dancers.

The character and bizarre look was Vince McMahon’s idea, right down to the dark yellow teeth.

“Mr. McMahon said, ‘Snitsky, I want you to go home and shave all your hair off and go see the makeup lady to see what we can do to make your teeth look dirty or yellow,’” Snitsky recalled in a 2014 interview with WWE.com.

After a call to a New York City stage makeup company, the monster was ready to be unleashed, but only after a painstaking application of tooth makeup. It’s a process Snitsky doesn’t miss.

“You had to get your teeth perfectly dry first,” he explained. “Then you painted it on and dried it. It was interesting.”

You can bet that McMahon will have some interesting ideas for Sullivan upon his arrival to the main roster. WWE originally planned on airing the vignettes on Sullivan sometime this month, but McMahon wanted to start running them earlier since he’s very high on him.

Rare photos of Lars Sullivan outside the ring →