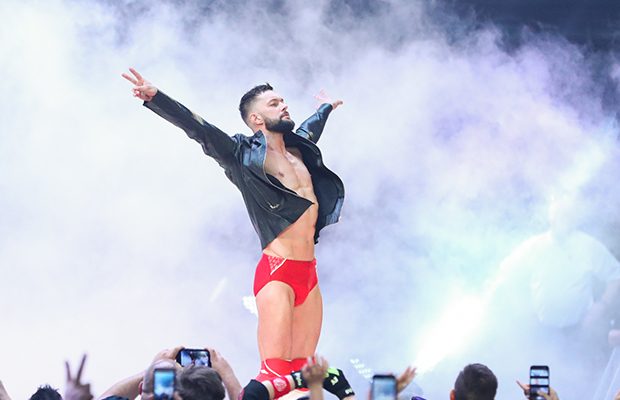 After it was reported earlier this week that Finn Balor is taking time off from WWE, the SmackDown LIVE Superstar returned home to his native Ireland.

Balor indicated in a tweet today that he was returning his home country. He interestingly tagged his girlfriend, Vero Rodriguez, in the tweet as well.

PWInsider confirmed today that Balor is currently in Ireland.

According to a report by Pro Wrestling Sheet, WWE officials granted Balor’s request to take two months off. It’s unclear why he’s taking a break, but one WWE source says Balor is looking to “recharge.”

Balor dropped the Intercontinental Championship on Sunday to Shinsuke Nakamura at Extreme Rules Kickoff. The following night on Raw, Wyatt made his first live appearance on WWE television this year by attacking Balor.

Balor is expected to face Wyatt at SummerSlam on August 11 and then take the extended break.

See photos of Finn Balor with his girlfriend.