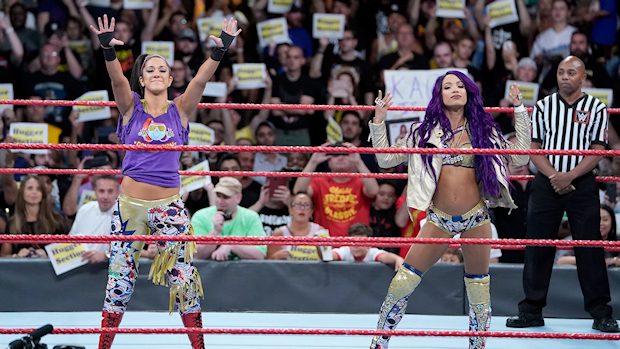 – Before WWE’s live event in London, England on Wednesday, Sasha Banks and Bayley recap their visit to the training facility of Arsenal W.F.C., where they spent time with forward Danielle Carter and midfielder Viktoria Schnaderbeck.

– This past week on SmackDown LIVE, The Bar beat Gallows, Anderson and The Colons in a Triple Threat Match to move one step closer to a SmackDown Tag Team Championship Match against The New Day at the WWE Hell in a Cell pay-per-view event.

Sheamus and Cesaro’s opponents will be determined in a Triple Threat Match on next week’s episode of SmackDown LIVE.

According to WWE.com, the teams that will be facing off are The Usos, SAnitY and the tandem of Rusev and Aiden English.