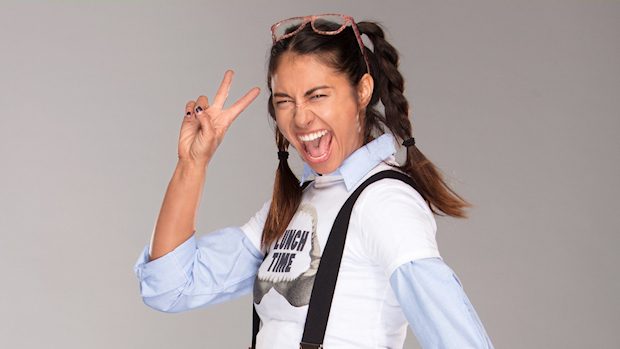 Four new competitors have been revealed for this year’s Mae Young Classic, and they include some of the top prospects from the WWE Performance Center, as well as one of the WWE’s newest signees.

After reporting to the Performance Center this week, Deonna Purrazzo has been officially announced for the tournament. Tegan Nox (also known as Steffanie “Nixon” Newell), Jessica Elaban, and Reina Gonzalez have also been confirmed for the Mae Young Classic today.

Purrazzo was one of the alternates for the inaugural Mae Young Classic and was included in a dark match at last year’s tapings. She wrestled for Ring of Honor, Stardom, and independent promotions both in the United States and internationally before signing with WWE a few months ago.

Nox is from Wales and wrestled on the UK indie scene and internationally before signing with WWE in 2017. She was supposed to be in the first Mae Young Classic, but a torn ACL prevented her from being in the tournament. She returned to the ring at an NXT live event in April and in June, changed her ring name from Steffanie Newell (which is her real name) to Tegan Nox.

Elaban, who stands at 5-foot-10, has been pegged as a potential star since joining the WWE Performance Center last year despite having no prior wrestling experience. An athlete her entire life, Elaban also competed in soccer, basketball, track, and dance before setting her sights on the squared circle. Having spent the past year learning under the WWE Performance Center world-class coaching staff, Elaban has made rapid progress in the ring. With only a few months of training, Elaban made her wrestling debut last October. Since then, she’s wrestled just over 30 matches, all at NXT live events in Florida.

Gonzalez, a second-generation wrestler from Texas, is making her second appearance in the Mae Young Classic. The 6-foot-tall daughter of former Texas indie wrestler Ricky “Desperado” Gonzalez, Reina played college basketball at Sam Houston State University before following in her father’s footsteps. She joined the WWE Performance Center in October 2016 and participated in the inaugural Mae Young Classic last summer, where she lost to Nicole Savoy in the First Round.

WWE will tape the 32-woman tournament at Full Sail University in Winter Park, Florida on August 8 and 9. Kaitlyn, Rhea Ripley, Io Shirai, Nicole Matthews, Jinny, and Kacy Catanzaro have also been confirmed for the tournament.

Related ItemsMae Young Classic News
← Previous Story The New Day Say They Won’t Associate With Hulk Hogan Until “Genuine Effort To Change” Is Made
Next Story → Did Titus O’Neil Flip Out After Seeing Hulk Hogan Backstage At WWE Extreme Rules?