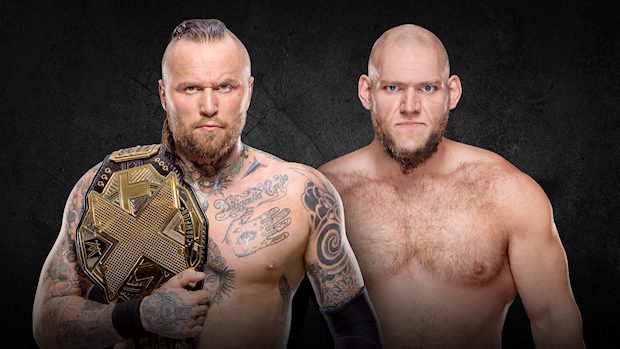 Since Sullivan didn’t capture the NXT Championship from Black at NXT TakeOver: Chicago II, it’ll probably be best remembered for an obvious botch spot on the part of both combatants.

Near the end of the match, Black completely missed hitting Sullivan with the Black Mass and then Sullivan sold it as if he had been hit.

WWE.com actually acknowledged the miscue in their recap of the match:

“The two went back and forth with Aleister surviving a diving headbutt from The Freak and then grazing Sullivan with the Black Mass from out of nowhere. Black didn’t get all of it, though, which allowed Sullivan to kick out. Lars rallied from there and nailed The Dutch Destroyer with the Freak Accident, but the NXT Champion persevered, connecting with two more devastating Black Masses.

“The second strike was enough to put Sullivan down and keep him there, but rest assured The Freak will rise again.”

The botched spot can be seen on the WWE Network’s on-demand video of NXT TakeOver: Chicago II, but the camera angle was changed so that Black’s miss isn’t so obvious.

As if the botched spot wasn’t enough, Black also caused Sullivan to bleed from the mouth. Right before Black hit Sullivan twice with the Black Mass, he did a set-up spot where he struck Sullivan on the jaw with his knee. Sullivan appeared startled by this and blood was visible moments later, right after he got hit with the Black Mass.

It did, however, make for a good visual as a bloody-mouthed Lars tried shaking it off before taking a second straight Black Mass to be put down for good.

Here is footage of the end of the match, after Black struck Sullivan with the Black Mass for the second time.