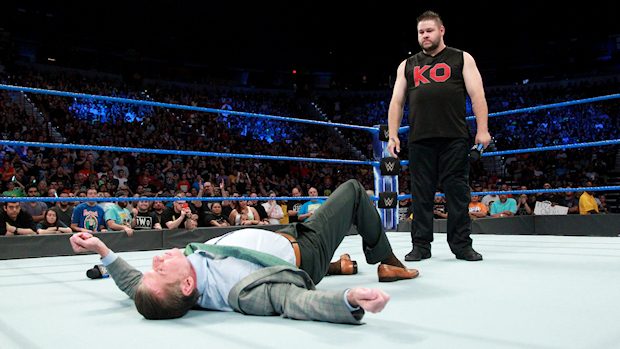 – Below is alternate footage of Braun Strowman dominating WWE Universal Champion Brock Lesnar and John Cena on this week’s RAW from Anaheim:

– WWE Hall of Famer Hulk Hogan tweeted the following on the angle between Kevin Owens and Vince McMahon on Tuesday’s SmackDown, which saw Owens bust Vince open and destroy him to end the show. The attack came after Vince announced Owens vs. SmackDown Commissioner Shane McMahon for inside Hell In a Cell at the October 8th pay-per-view.

Vince just taught this new crew how to get somebody over,now Shane needs to put icing on cake then KO will be money forever. HH