Is Braun Strowman In Big Trouble With Vince McMahon? - PWPIX.net

Is Braun Strowman In Big Trouble With Vince McMahon? 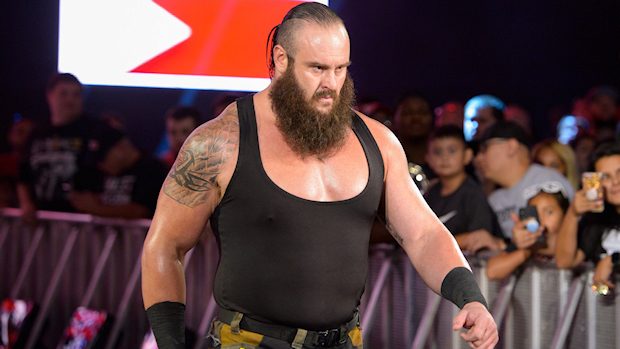 Although Strowman got decimated by Lesnar and didn’t get even get any offense in, this was not a squash match in the eyes of the WWE creative team. Dave Meltzer noted after Crown Jewel on Wrestling Observer Radio that the idea is not to make it look like Strowman got squashed, but rather that he survived multiple F-5s after being attacked by Corbin.

With that being said, there could be more behind the reason why Strowman was booked the way he was at WWE Crown Jewel … he has backstage heat.

“One of the things that I heard from multiple people — we’re talking four different people. There are times where Strowman is negligent when it comes to showing up on time,” Mike Johnson said on his weekly audio show for PWInsiderElite.com.

Johnson added, “He has a reputation at times for leaving a little early and sometimes he makes mistakes in terms of etiquette backstage in the locker room. Sometimes, as one person put it, ‘He’s his own worst enemy and his worst advocate.’

“They would be high on him and just when he gets to the point where you would think the next step is putting him into the centerpiece position for the company, [then] something happens and he makes some sort of misstep backstage and people within management kind of cool on him and they take a step back.”

Johnson wrote a lengthy statement on Friday — titled “NO, BRAUN STROWMAN DOES NOT HAVE HEAT WITH VINCE MCMAHON” — clarifying his remarks by suggesting that Strowman’s issues were in the past and that at no time did he mean to imply that he is currently in the doghouse or has any sort of backstage heat with WWE or Vince McMahon.

“While discussing Strowman and why WWE has yet to go with him as Universal Champion, I discussed several things that had happened in the past with him as examples of why the company has, at times, backed off on him during periods where it appeared he was destined to be the top tier babyface. These were issues that were discussed as background details, not anything that was presented as “breaking news” or as issues that led into the WWE’s current booking direction,” Johnson wrote.

“So, again, Braun is not dealing with any heat. He’s not being booked to be punished for anything and like everyone else who goes out and performs in a wrestling ring, he deserves better than to have stories that aren’t rooted in reality reported about him.”

You can read his entire statement here.

What apparently triggered the statement is the New York Post publishing an article on Thursday featuring Johnson’s comments, but with the title “Braun Strowman in ‘big trouble’ with WWE owner Vince McMahon.”

Photos of Braun Strowman with his girlfriend