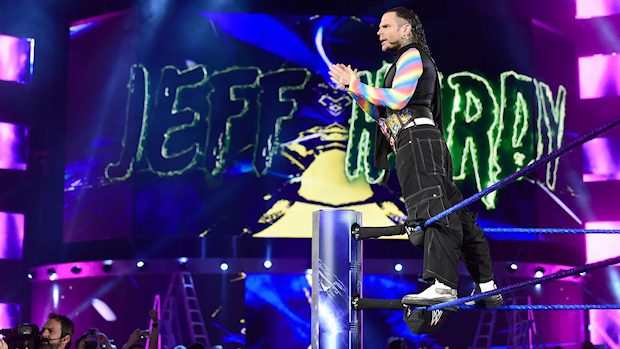 – After limping through a match a few weeks ago, Jeff Hardy is dealing with another potentially severe injury.

According to Wade Keller of the Pro Wrestling Torch, Hardy is currently working with a pinched nerve that has caused numbness in his fingers.

This injury was also confirmed by Dave Meltzer in the Wrestling Observer Newsletter published today.

Also celebrating a birthday on Thursday is Tough Enough winner Sara Lee, who turns 26 years old. She got married to NXT wrestler Wesley Blake on December 30, 2017. They have one daughter, Piper, who was born on May 1, 2017.

– “Mr. Mayhem” James Drake, who is competing in the WWE United Kingdom Championship Tournament, reveals how he’s evolved from a purely British-style grappler to a more well-rounded competitor thanks to his travels around the world.