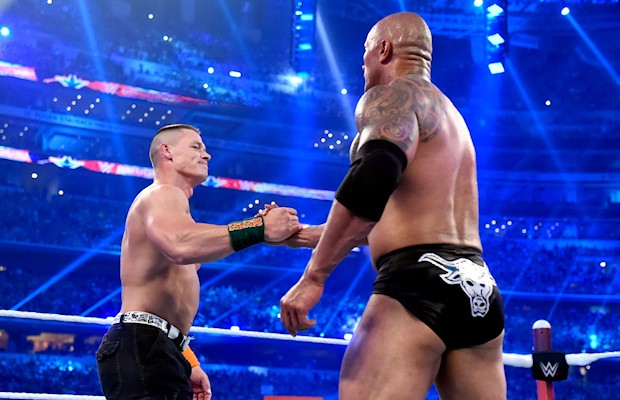 – Tonight’s WWE SmackDown and Main Event tapings will take place from the Toyota Center in Houston, Texas with more WrestleMania 32 fallout. Confirmed for SmackDown is the debut of WWE NXT Superstars The Vaudevillains and Zack Ryder vs. WWE Intercontinental Champion The Miz with Maryse. Other Superstars advertised include WWE World Heavyweight Champion Roman Reigns, Dean Ambrose, AJ Styles, Chris Jericho, Kevin Owens, Dolph Ziggler, Sheamus and Bray Wyatt. A dark main event of Reigns, Ambrose and Styles vs. Wyatt, Jericho and Owens is advertised. If you’re attending tonight’s tapings and would like to help with live spoilers, please e-mail me.

– As noted, TV host Dr. Phil will be the special guest star for next Monday’s WWE RAW from the Staples Center in Los Angeles. WWE posted this teaser for his appearance:

Dr. Phil is coming to Raw. The host of the number one daytime talk show, “Dr. Phil,” will guest star on Monday night’s hottest show on April 11. What will happen when one of TV’s most recognizable personalities visits the WWE Universe? Find out next Monday night at 8/7C on USA Network.

– John Cena tweeted the following on his WrestleMania 32 segment with The Rock and The Wyatt Family:

Thank you @WWEUniverse and @TheRock for a surreal #WrestleMania "they" told me it was impossible, "they" don't know who they're F'n with!