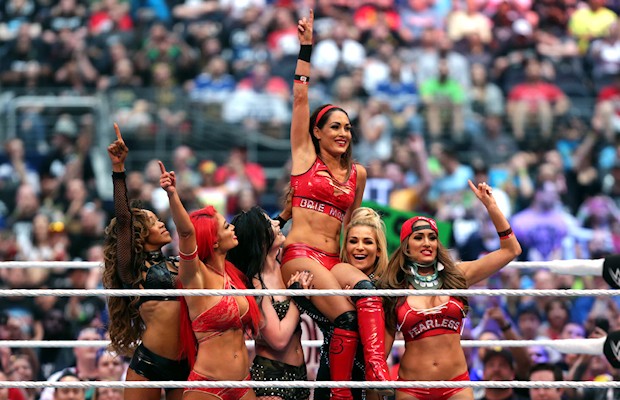 – In regards to why WWE didn’t mention Brie Bella’s retirement at WrestleMania 32, PWInsider notes that the decision was made to keep it a WWE Total Divas storyline. Brie’s exit and retirement will apparently be explained on the next season.

– Below is the synopsis for tonight’s Total Divas episode:

“Baby Talk: As Rosa’s baby shower approaches, Paige is haunted by a painful memory of her past, Nikki is determined to prove that she can hang with Brie and Bryan in the wilderness, and Alicia stresses to find a way to fix her family’s issues.”

– Becky Lynch tweeted this selfie that shows off the battle scar she received in the Triple Threat at WrestleMania 32 on Sunday:

I want some @itsBayleyWWE pic.twitter.com/CnfYL5PXGA