Kalisto To Be Paired With A Women’s Wrestler?, Tag Team Star Dealing With Shoulder Injury 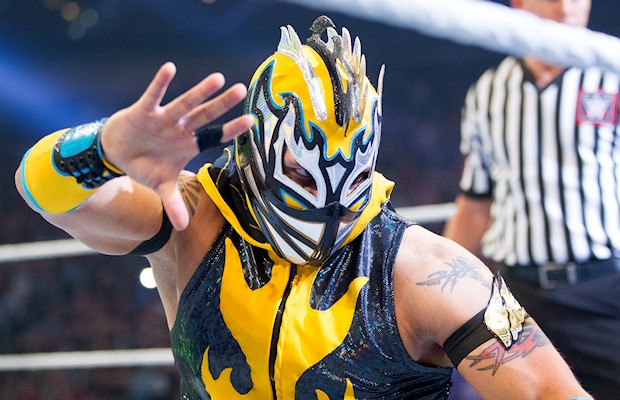 – Jey Uso was favoring his shoulder backstage at Raw after facing Luke Gallows and Karl Anderson alongside his brother. It’s not believed to be anything serious, but given his injury history, it wouldn’t be surprising if he’s asked to tone done his high-risk style.

– According to this week’s issue of the Wrestling Observer Newsletter, there is talk within WWE of finding a woman to team with Kalisto so he can compete in mixed tag team matches with Rusev and Lana. Lana has been wrestling more at live events in case the idea transpires.

Lana made her NXT in-ring debut at last Friday’s show on Lakeland, Florida. Teaming with Mandy Rose, the blonde bombshells lost to Carmella and Daria Berenato.