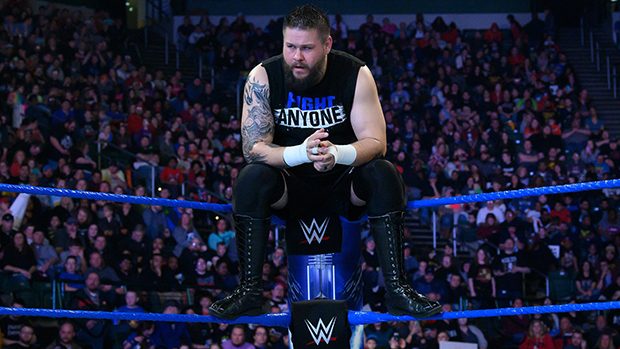 This week’s episode of Smackdown LIVE saw a dramatic shift in the WWE Championship picture, less than 24 hours after Kevin Owens unsuccessfully challenged Kofi Kingston for the title at Money in the Bank.

While WWE has been teasing a potential cash-in from Brock Lesnar on Kingston, it looks like “The Beast Incarnate” is going to have to get in line, or move on, as Kingston got brutally attacked by a returning Dolph Ziggler.

It was announced later that Ziggler would challenge Kingston for the WWE Championship at the WWE Super Showdown, which takes place on Friday, June 7 at King Abdullah Sports City Stadium in Jeddah, Saudi Arabia. According to Dave Meltzer in the Wrestling Observer Newsletter, Owens was originally scheduled to face Kingston at Super ShowDown, but he refused to travel to Saudi Arabia.

Meltzer was told by WWE sources that Owens was asked by his family to not travel to Saudi Arabia. When Owens requested not to work the show, it’s said that WWE officials didn’t ask him why. They accepted his request and it was indicated there was no pressure on him to change his mind.

It was noted to Meltzer that there may have been other reasons for Owens declining to work the show, including Sami Zayn not being allowed to work it. Zayn has not been allowed to work WWE’s two prior events in Saudi Arabia due to strained relations between the country and his home country of Syria.