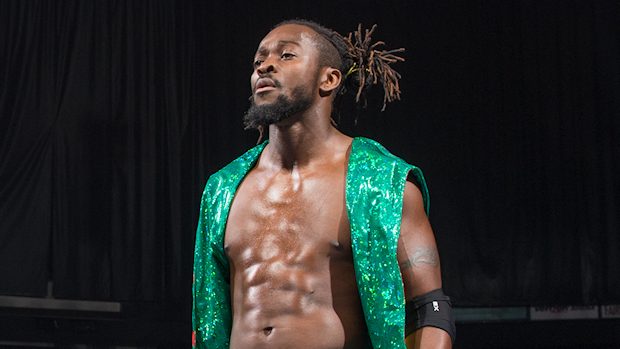 – It was 10 years ago today when Kofi Kingston made his official WWE debut on ECW with a victory over David Owen in Charlottesville, Virginia.

Reflection: 10 years…
•
I was just a skinny kid from a small town with aspirations of becoming a pro wrestler. On January 22 of 2008 in Charlottesville, Virginia, I officially became a WWE superstar. I didn’t know where it would lead, but I knew that it was the most important step toward accomplishing my childhood dream.
•
I’ve seen many people come and go. I’ve even seen a few come back! I’ve made many close friends along the way. Some who’ve been alongside me from the beginning as our careers progressed together. Some who were very close, but through circumstance I have regrettably fallen out of their favor. I’ve made close friends with many who weren’t as fortunate to make it to the grand stage, but I’ve also had the joy of watching other grind relentlessly on their journeys for years and finally get their opportunity to shine.
•
I’ve had so many great teachers, including the rare opportunity to benefit from the tutelage of many of the very people I watched on tv who motivated me as a child to believe that I could actually achieve this fantasy.
•
This career has led me to interact with a lot of great people; from the famous, to fans, to social media hecklers, to people I met as they were child fans that I’ve watched grow into adult fans, to crew and employees who don’t get enough credit for their role in making WWE operate behind the scenes.
•
I am thankful for my family, who has backed me throughout my quest despite it’s unorthodox nature. I have an amazing and gorgeous Superwife who has been as supportive of me now as she was the day I told her that I wanted to chase this dream. She has given me two beautiful, healthy sons and without her Super-Momnipotence, I surely wouldn’t have been able to reach this point.
•
A full decade later, here I am, alongside my two brothers, biting on Booty O’s, ingesting ice cream, feasting on flapjacks, preaching positivity, making magic, while we commute upon unicorns. For that I am eternally grateful and there isn’t a single day that I take any of this for granted.
•
No matter how large or small the interaction, everyone with whom I have crossed paths has been a part of this journey. Thank you all for these last 10 years.

– Ahead of Raw 25, John Cena, Roman Reigns, and Stephanie McMahon appeared on NBC Nightly News with Lester Holt on Sunday night to chat about 25 years of Raw.

“Whether it’s Hugh Jackman actually getting involved in a match or Betty White kicking off the show as the guest host and actually taking it to some of our bigger performers, there really is something for everyone,” Stephanie said.

WWE superfan Rick “Sign Guy” Achberger also appears in the segment as he recalls a face-to-face confrontation he had with Triple H several years ago on Raw.

– Tully Blanchard celebrates his birthday on Monday as the WWE Hall of Famer and member of the original Four Horsemen turns 64 years old.