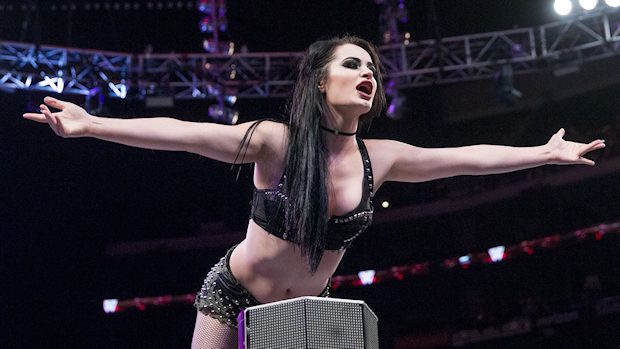 – WWE announced during Raw last Monday that Paige will not compete in the first-ever 30-Woman Royal Rumble Match due to a neck injury. During an interview with Brian Fritz of the Sporting News, Natalya offered her thoughts on Paige’s latest setback.

“I don’t know the particulars of exactly what happened with Paige. I know, obviously, she had surgery and then she came back, but I don’t know all the details of what exactly happened. I just know that she hasn’t spoken about it yet and WWE hasn’t released a statement so everything from this point, as we know it, is just waiting to see and time will tell. What we do in the ring is difficult. At any given moment, you can have ups and downs,” Natalya said.

“I would just wait to see what happens with Paige and wait for more from WWE to make an official announcement. What we do is physical and Paige is one of the most talented female superstars I’ve ever been in the ring with. So, I have nothing but respect for her and, obviously, my husband Tyson Kidd, who was extremely talented in the ring. I also know that we take everything one day at a time and I’m grateful for all the good time that we’ve had together in the ring.“

– On the latest edition of Chasing Glory with Lilian Garcia, former WWE Superstars Mick Foley, Vickie Guerrero, Ivory, D-Von Dudley, and Torrie Wilson reveal their favorite moments in Raw history. You can listen to the show on PodcastOne or iTunes.

– Titus O’Neil will appear on Busted Open Radio with Bubba Ray Dudley on Monday morning at 10:30 a.m. to discuss Raw 25.

Who’s ready for the @WWE 25th anniversary tomorrow 👊🏿 I’ll be stopping by the studio with @BustedOpenRadio @davidlagreca1 and @bullyray5150 at 10:30 am est. on channel 93. pic.twitter.com/INhVwUJ1I9