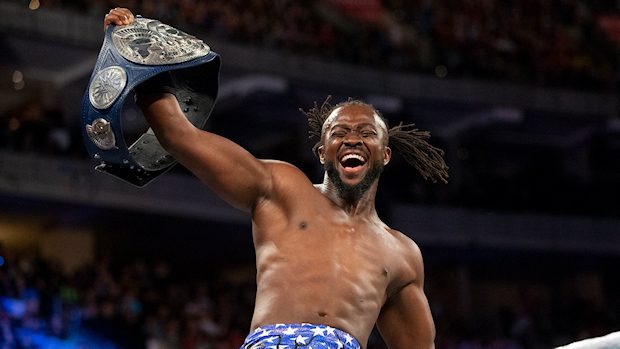 Kofi Kingston reached another milestone in his amazing career on September 25 when The New Day member became the longest-reigning tag team champion in WWE history with 954 cumulative days as a titleholder.

Kingston surpassed Billy Gunn — who held tag team titles for 953 days as part of The Smoking Gunns, The New Age Outlaws, and Billy & Chuck — and he recently topped WWE Hall of Famer Mr. Fuji — who held the World Tag Team Championship with Professor Tanaka and Mr. Saito for 932 days.

Kingston is an eight-time tag team champion, with five of those reigns coming alongside Big E and Xavier Woods. His other tenures with the championships were with R-Truth, CM Punk and Evan Bourne. The New Day also holds the record for the longest tag team title reign of all time at 483 days.

Speaking to Renee Young, Kingston looks back on what he has learned from each of his unique tag team partnerships over the years as he reaches the impressive milestone of being a tag team champion longer than any Superstar in WWE.