Lana Doesn’t Like How Her WWE 2K19 Character Model Looks 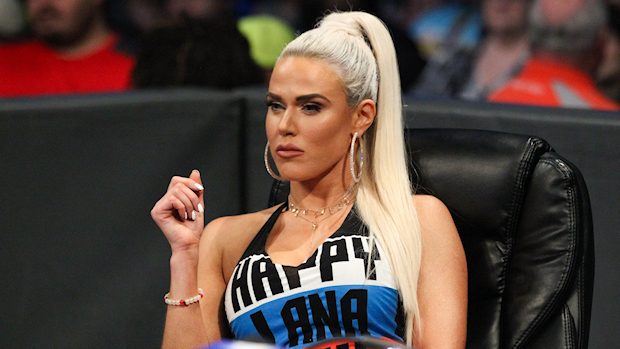 Lana, however, isn’t happy with how her WWE 2K19 character model looks.

Who is this ?????? Never have I worn that gear or wrestled with short hair so I am very confused who this women is. https://t.co/at8oKeE1JO

The character model’s look actually comes from a photo shoot she did some time in the past year. In March, WWE.com recreated posters of the 2018 Oscar’s most celebrated films with WWE Superstars. WWE.com did a faux poster of “I, Tonya,” which reveals the look 2K used for Lana in WWE 2K19.

but isn't this you?… in that outfit…. pic.twitter.com/qYYhykcGkc

When a fan pointed this out on Twitter, Lana responded, “A parody poster 😂.”

Don’t worry @WWEUniverse the #LanaDay score is not low because this is actually Tonya Harding the professional figure skater making her in ring debut on the @WWEgames ! Can’t wait to see the #RavishingRussian pic.twitter.com/qY7bIUgDxk

As it turns out, Lana donned her WWE 2K19 attire for a regular photo shoot — not for a movie parody. WWE.com’s profile photo of Lana up until a few weeks ago was an image of her wearing the attire she claims to have never worn.

and an actual outfit WWE did a shoot of her in… pic.twitter.com/3hYZgO7kAW

Another fan pointed out that she has wrestled before while having short hair. Here is a clip of her at a house show a few months ago.

You had short hair here ! But just not the gear but still lookin good and yes it was a live event pic.twitter.com/AgXp7vB6Qp

Given the number of looks Lana has used since she began wrestling on WWE television last year, you can’t blame her for forgetting.