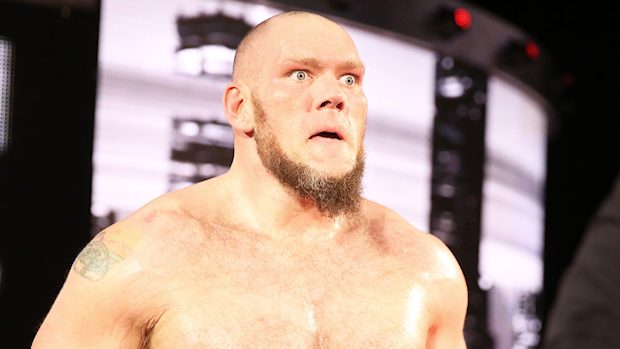 Ever since it was announced that six NXT Superstars would be migrating to WWE, speculation had run rampant as to which brand the new class would call home. Now, thanks to Michael Cole, we have our answer: They’ll appear on both. For now.

Cole confirmed on Raw that, as part of a unique arrangement, the black-and-yellow brand’s newest alumni will receive a trial period of sorts that allows them to compete across both Raw and SmackDown LIVE until they find a permanent home on either Monday or Tuesday nights.

Raw already played host to five of the six: EC3 appeared among the Superstars vying for a Universal Championship opportunity outside Vince McMahon’s office.

And Heavy Machinery appeared onstage during “A Moment of Bliss” for a bizarre confrontation with Alexa Bliss and Paul Heyman.

Nikki Cross was the only Superstar of the new class to actually wrestle, teaming with Natalya and Bayley in a winning effort against The Squad.

The one Superstar conspicuous by his absence was, of course, Lars Sullivan, whose impending arrival was announced before the other five were confirmed. WWE.com is teasing an appearance by Sullivan on tonight’s episode of SmackDown LIVE, stating, “Perhaps SmackDown LIVE will provide a glimpse of The Freak Tuesday night at 8/7 C on USA Network.”

It would be a surprise if Sullivan debuts on tonight’s episode of SmackDown LIVE since he’s reportedly gone AWOL. According to F4WOnline.com, Sullivan flew himself home before last Tuesday’s SmackDown LIVE event due to what is being reported as an anxiety attack that took place before Raw the day before. At last word, he is not communicating with WWE officials.