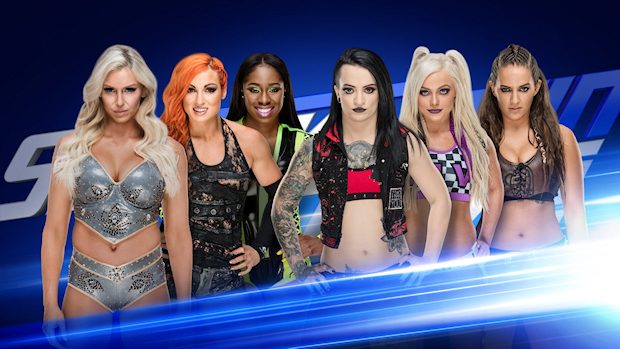 As these photos show, one side of the arena was nearly empty, while another section was tarped off.

I honestly feel horrible for the talent on #SDLive because this isn’t their fault. Something needs to change ASAP. #WWE pic.twitter.com/fXTHSx6xOA

The account noted that the venue did not end up filling up afterward, saying, “even at 9pm it looked the same.”

I have a friend that attended the event and he even said it himself, it didn’t fill up much more than what you see in those photos, even at 9pm it looked the same.

– Becky Lynch appears in this commercial for WWE SuperCard.