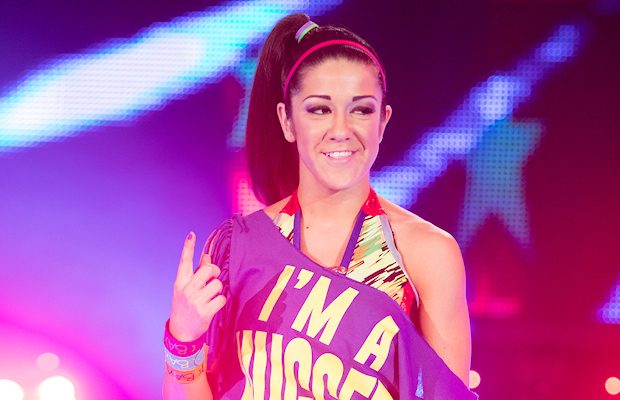 – Below is a WWE Cruiserweight Classic vignette for Ariya Daivari, brother to former WWE Superstar Daivari:

– WWE Intercontinental Champion The Miz and WWE Women’s Champion Charlotte have both passed the 100-day mark in their reigns.

– Bayley vs. Nia Jax and Rhyno vs. WWE NXT Champion Samoa Joe in a non-title match have been announced for next Wednesday’s episode. As noted, The Authors of Pain vs. American Alpha will also take place.

– We noted earlier that WWE Tag Team Champion Xavier Woods was one of the many WWE stars at the EPSN ESPY Awards tonight in Los Angeles. Kofi Kingston and Big E are also there, as seen below in this photo with NBA Legend Reggie Miller:

Related ItemsCharlotte NewsThe Miz News
← Previous Story Alberto Del Rio On When He Plans To Retire and His Future Goals, Has No Comment On WWE Star
Next Story → Spoilers: Updated Card for WWE NXT “Takeover: Back To Brooklyn”