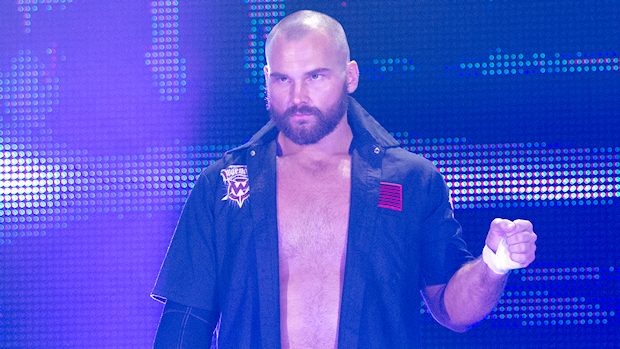 – Below is a new promo for the WWE NXT “Takeover: Brooklyn III” event on August 19th from the Barclays Center during WWE SummerSlam weekend. As noted, matches confirmed for the show include: Drew McIntyre vs. NXT Champion Bobby Roode, Ember Moon vs. NXT Women’s Champion Asuka, SAnitY vs. NXT Tag Team Champions The Authors of Pain and Hideo Itami vs. Aleister Black.

– No word yet on why The Hardys were not on last night’s RAW in Toronto but WWE had been teasing them in their official preview for the show. Jeff Hardy’s wife Beth tweeted and confirmed to a fan on Sunday that he would not be appearing this week. The Hardys did not work weekend WWE live events in Canada either. Matt Hardy tweeted the following on Monday after the arm injury to Scott Dawson was announced.

As noted, Dawson suffered a ruptured biceps tendon tear at one of the live events in Canada this weekend, likely Sunday’s show in London, Ontario, Canada as The Revival lost to RAW Tag Team Champions Cesaro and Sheamus. WWE noted that surgery is likely, which could have Dawson out of the ring for several months. WWE should have an update on Dawson’s status later this week.

The Hardys' AWAKENING has already unleashed a wave of DELETIONS & began BREAKING down the opposition.. #StayWOKE#WokenHARDYS https://t.co/D5KhrhSuqF