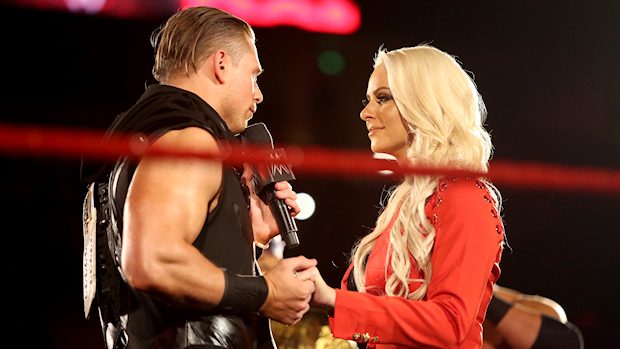 WWE Intercontinental Champion The Miz and wife Maryse announced on tonight’s RAW that they are expecting their first child. Video from the announcement can be seen here.

The two were engaged in 2013 and then married on February 20th, 2014 in the Bahamas. No word yet on when Maryse is due but we will keep you updated. Her pregnancy will likely be covered on Total Divas.

The most must-see BABY of all-time is coming soon! CONGRATULATIONS, @mikethemiz and @MaryseMizanin! #RAW pic.twitter.com/h05IXsb33W