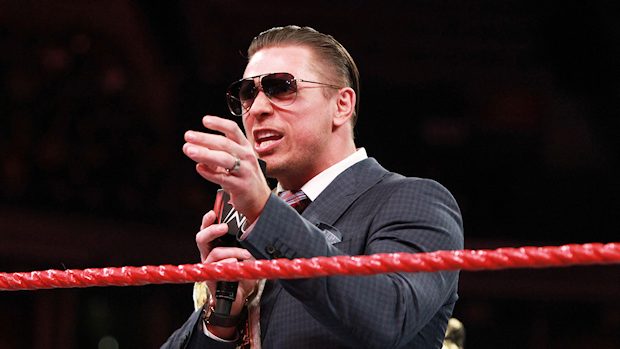 The Miz will be with WWE for years to come.

According to a report by PWInsider.com on Tuesday, The Miz has signed a new four-year contract with the WWE, which will keep with the company through 2022. The report says that WWE wanted to lock him into a longer deal, but four years was ultimately agreed upon.

The Miz, who is 37 years old, parlayed his professed love of professional wrestling on MTV’s The Real World and turned it into a career that sees him, today, as one of the most successful, longest-tenured wrestlers in WWE.

Miz was signed to a developmental contract after appearing on the $1 Million edition of Tough Enough and has built a career that has seen him become the second heel to successfully win a WrestleMania main event (the first being Triple H) and starring in a series of WWE Studios movies, including taking over The Marine franchise, the latest of which will be released later this year.

Late last year, WWE announced plans for a new reality series starring Miz and his wife Maryse for the USA Network, titled Miz and Mrs. that will debut later this year with a six-episode first season.