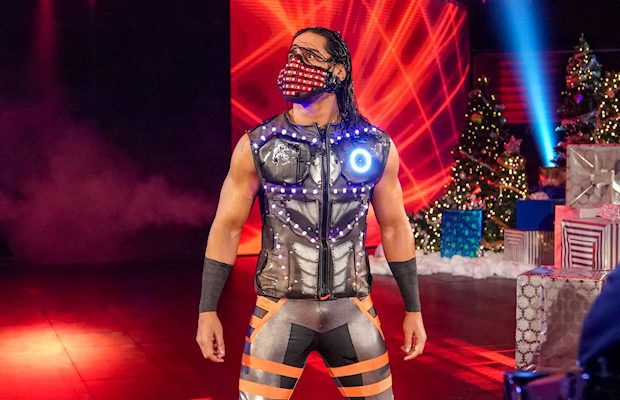 While hyping Ali’s match last Tuesday on SmackDown LIVE, the announce team said Ali is now a member of the SmackDown LIVE roster.

In the main event, Ali teamed up with AJ Styles against Bryan and Andrade “Cien” Almas. Ali struck Bryan with the 054 to score the pinfall.

“One week you’re facing Daniel Byran and next week you’re teaming with AJ Styles. You’re in the ring with the best in the world. Part of me wants to tell myself they don’t just put anybody in the ring with them. I obviously want to be as good as them and I feel like I can be and I can hang with them. Trying not to make it bigger than it is. This is still a very cool moment for me. I’ve watched those guys, in particular, Bryan and AJ. I’ve watched them my entire life, my entire career. Even on the independent scene, they were stars. Here they are stars and now my name is next to theirs.”

Cameras caught up with Ali after the match to get his reaction after the big win.

“After the match, my first thought was, ‘How quickly can I get to my phone to text message my wife?'” Ali responded. “What also sticks out in my mind is the entire 205 Live roster standing and waiting for me.”

With Ali joining SmackDown LIVE permanently, this would seem to indicate that he’s finished with 205 Live. However, that may not be the case.

While WWE.com’s profile on Ali displays a SmackDown LIVE logo to show that he’s a member of the brand, the 205 Live roster page still has him listed as a member. Furthermore, WWE.com Mike and Maria Kanellis to the page last week without removing him from it. The caption of this video also labels him as a “205 Live competitor.” Whatever the case may be, Ali doesn’t rule out showing up on 205 Live.