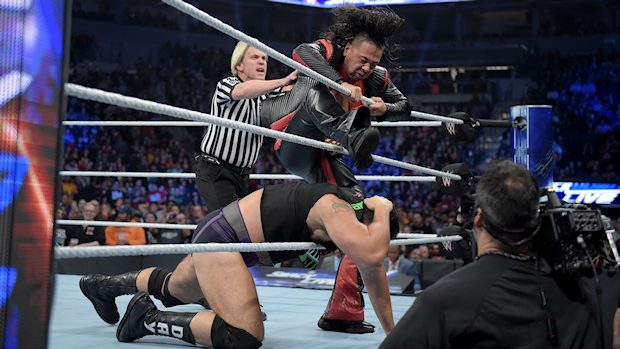 Nakamura’s contract with WWE expires in February and there’s no word yet if he plans on staying with the sports-entertainment organization past then. According to Dave Meltzer of the Wrestling Observer Newsletter, he’s not going back to Japan.

When asked about Nakamura’s WWE status last week on Twitter, Meltzer responded, “He’s not going back to Japan.”

The bluntness of the response suggests Meltzer knows Nakamura is not heading back to New Japan Pro-Wrestling. And if that is the case, he will be re-signing with WWE.

— Ahead of their Raw Women’s Championship Match on Raw tonight, Ronda Rousey and Natalya posted the following:

Click here for the spoiler result of their match.