Neville on Jack Gallagher (Video), Fans on Who Should Be Removed from The List, Eva Marie - PWPIX.net

Home / Wrestling News / WWE News / Neville on Jack Gallagher (Video), Fans on Who Should Be Removed from The List, Eva Marie

Neville on Jack Gallagher (Video), Fans on Who Should Be Removed from The List, Eva Marie 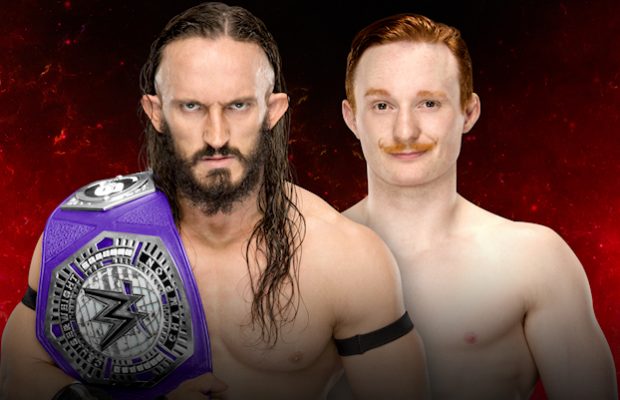 – As noted, WWE Cruiserweight Champion Neville vs. Jack Gallagher in a non-title match will take place on tonight’s WWE 205 Live. In the video below, Neville rants on Gallagher and says he is the King for a reason. Neville says Gallagher will get his tonight but Austin Aries will have to wait until Payback to get his.

– WWE has a new poll asking fans which Superstar should be taken off The List of Chris Jericho – Sami Zayn, The New Day, AJ Styles, James Ellsworth, Dean Ambrose, Kevin Owens, Braun Strowman or Elias Samson. As of this writing, 30% went with the Intercontinental Champion while 28% voted for Styles, 14% for Sami, 8% for The New Day and 7% for Braun. The rest received 4% or under.

– Eva Marie is featured in this teaser for a new line of activewear coming soon from her NEM fashion brand: