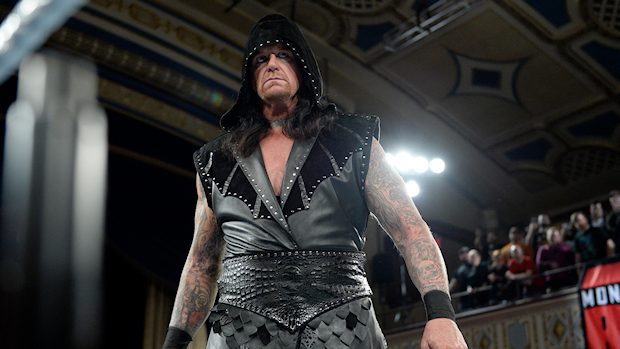 – Coming off his recent appearance at Raw’s 25th Anniversary show, The Undertaker has been busy at the gym lately.

Michelle McCool posted this video tonight on Instagram of her husband performing deadlifts at their gym.

The Undertaker was also at the gym on Wednesday as McCool posted a photo of herself with “The Deadman” while wearing Chalk Line’s Undertaker Vintage Fanimation Jacket (click the right arrow below to see it).

When you need a little extra motivation at the gym, but also have the real thing??#chalklineofficial #blessed #love

– Trish Stratus and Mickie James are this week’s guests on Chasing Glory with Lilian Garcia as the former champions talk about locking up in the first-ever Women’s Royal Rumble Match and much more. Here is the synopsis:

Garcia’s interviews with Stratus and James were conducted separately. You can listen to this episode on Podcast One or iTunes.