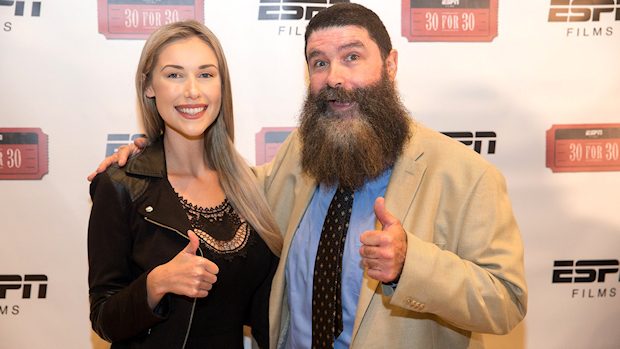 On Thursday, “The Hardcore Legend” turned 53 years old. On Instagram, WWE often celebrates the birthdays of current talent. However, they also send happy birthday wishes to former Superstars, NXT wrestlers that rarely appear on television, and celebrities. Just last week, WWE wished Lex Luger a happy birthday, and he hasn’t appeared in a WWE ring since his shocking appearance on the debut episode of WCW Monday Nitro.

Help celebrate @mariamenounos today by wishing her a happy birthday!

As it turns out, WWE did, in fact, wish her legendary father a happy birthday. However, it was only on the WWE Network accounts on Instagram and Twitter.

To celebrate his birthday, WWE posted this clip from his Hall of Fame speech in 2013.

Here is how Mick celebrated his birthday.

Thanks for all the birthday wishes! We are spending the big day here…RIGHT HERE at @knoebels – one of the finest amusement parks in the world! pic.twitter.com/kY8uSSKJpi

And here is Noelle’s happy birthday message to her father.

HAPPY BIRTHDAY DAD!!!!! 🎂🎉🎈🎁🎊🎂🎈🎉 I think it’s safe to say you’re probably the coolest dad ever!!! Thank you for all that you do!!! ❤️❤️❤️ Hope you enjoy your day full of shoo-fly pie and woofle jelly cakes, and if you don’t know what those are, I advise you try some ASAP because they’re DELICIOUS!!! #HappyBirthdayDad #TigOleBitties