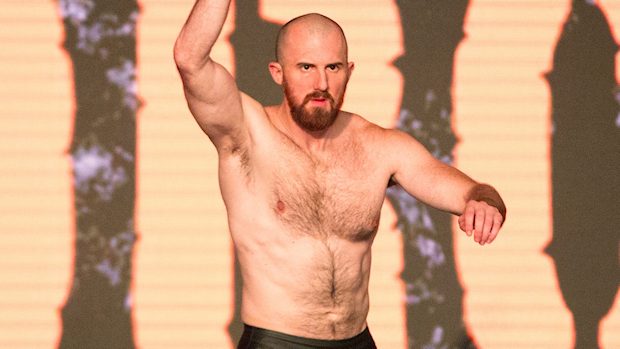 The Massachusetts native teamed with Danny Burch in his return match, losing to The War Raiders — Hanson and Rowe.

The official Twitter account of NXT tweeted a video showing highlights from his return, as well as a backstage interview.

Tonight, @_StarDESTROYER and @strongstylebrit returned to tag team action and couldn’t be happier with the crowd in #NXTLowell. 👆✌️ pic.twitter.com/AVs19lA8f5

Lorcan broke his orbital bone while teaming with Burch against Kyle O’Reilly and Roderick Strong at NXT TakeOver: Chicago II on June 16. Lorcan and Burch unsuccessfully challenged Undisputed ERA for the NXT Tag Team Championship in their match.

At the end of last night’s show, Lorcan, Burch, and Johnny Gargano led the crowd in singing Neil Diamond’s hit song “Sweet Caroline” after the trio — along with Dominik Dijakovic and Hanson — roughed up NXT Champion Tommaso Ciampa.